Cerne Abbas – Where We Are

Cerne Abbas is a typically English village set in the heart of Dorset. To Thomas Hardy it was ‘Abbot’s-Cernel’ It is famous for its Giant, the 180 ft high chalk figure carved out into the steeply sloping hillside to the north of the village. He can best be seen from the viewpoint on the A352 Dorchester to Sherborne road, a mere 5 minute walk from Abbots Tearooms. 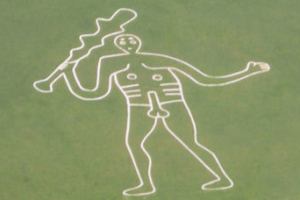 The origins of the Giant are a mix of fact and speculation. Some believe that he represents the Roman god, Hercules, and is over 1500 years old. However, there is no known historical record before 1694 and it has been argued the Giant is more recent and a caricature of any one of a number of possible historical figures. Whatever the truth, he is now a Scheduled Ancient Monument in the care of The National Trust. To prevent erosion visitors are not allowed to walk on the Giant itself.

The village of Cerne Abbas grew around the great Benedictine abbey, which was founded in AD987. For more than 500 years the abbey dominated the area. However, the abbey was surrendered to Henry VIII in 1539 with the Dissolution of the Monasteries and was largely destroyed, but it is possible to visit what remains of the Abbot’s Porch and Abbey Guesthouse from the top of Abbey Street. St Augustine’s Well, reputedly blessed by the saint, is found at the far end of the pretty burial ground, from the top of Abbey Street. St Mary’s Church, built by the abbey for the parish in the late 13th Century, is in the heart of the parish and retains many original features.

In the centuries after the dissolution the village thrived as a small market town. Its wealth was partly generated by brewing, its underground water making it famous for the quality of its beer, which was sold as far afield as London and was even exported to the Americas. At one time Cerne Abbas boasted no fewer than 14 public houses, serving visitors and a population of about 1500. Waterpower also gave rise to milling, tanning, silk weaving, glove and hat making and many other small industries.

The coming of the railways in the 19th century bypassed Cerne and the village went into decline. By 1906 the population had halved and many of the houses had fallen into disrepair. However, in 1919 the village was sold off by the Pitt-Rivers estate who owned it and it is now a bustling community of over 700 people, with a flourishing school, a rural Post Office, the village stores, a local tourist information point, where you will also find a Town Trail of Cerne Abbas, three remaining historic public houses, Abbots tearooms and a number of other shops to attract the visitor. 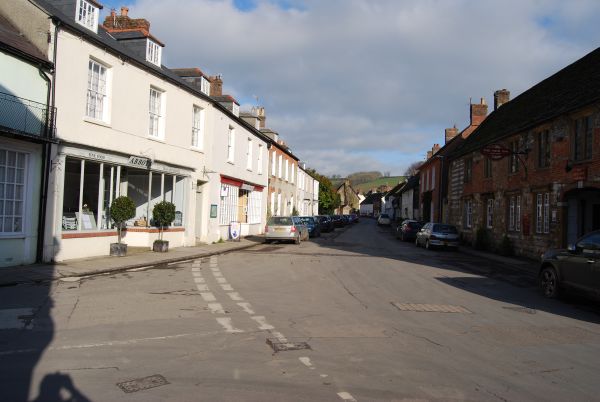